Axis Security regularly releases new versions of the Atmos Agent. The Agent is updated according to the relevant platform: mobile devices or desktop.

Atmos Agent for Android and iOS

The Atmos Agent for Android and iOS is managed through Google Play or the App Store, respectively. When a new version is released, the end-user is prompted to update the Agent to its latest version.

Atmos Agent for Windows and macOS

Administrators can decide which version their users can download and how the Agent manages updates.

Latest Version
The Atmos Agent automatically updates to the latest version without any action on the administrator's side. When a new version is released end-users receive a notification and can select whether to update now by relaunching the Agent or update the next time the Agent launches. 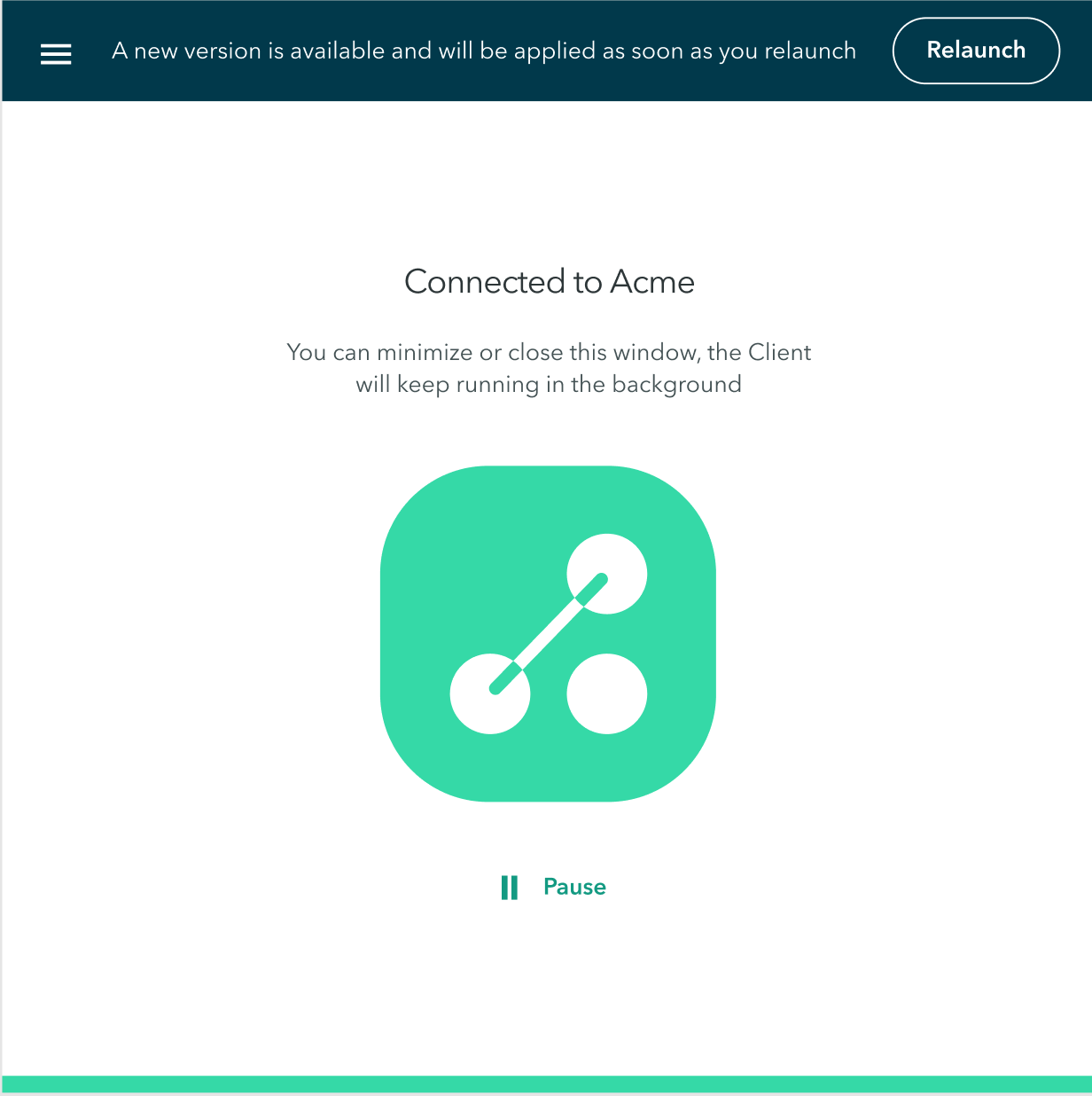 Admins can opt to immediately distribute a new version to the users in the tenant, or otherwise distribute the version themselves using their MDM.