Remote Desktop Protocol (RDP) is a proprietary protocol developed by Microsoft for connecting to Windows devices remotely to access the full Windows desktop. With Axis Security, RDP servers are not exposed to the Internet because users must pass through the Axis Cloud, which protects the RDP server from threats like ransomware and known Common Vulnerabilities and Exposures (CVE) related to the RDP protocol. Because RDP Applications are published through Axis Security, users are never directly accessing RDP resources. In this way, Axis Security provides more secure access. Additionally, Axis provides visibility (logs events) when users access RDP through axis.

Use the *Remote Desktop Server **option to provide access to a specific RDP server. Learn more.

Use this option to provide:

Only the remote desktop pool option provides access to applications.

How to publish Remote Applications through Axis

You must configure your Windows servers registry (manually or via policy) to allow specific remote applications to be published; otherwise your published applications through Axis Cloud will not work.

The following diagram illustrates Axis Security and how it provides access to resources via RDP using the native RDP client. 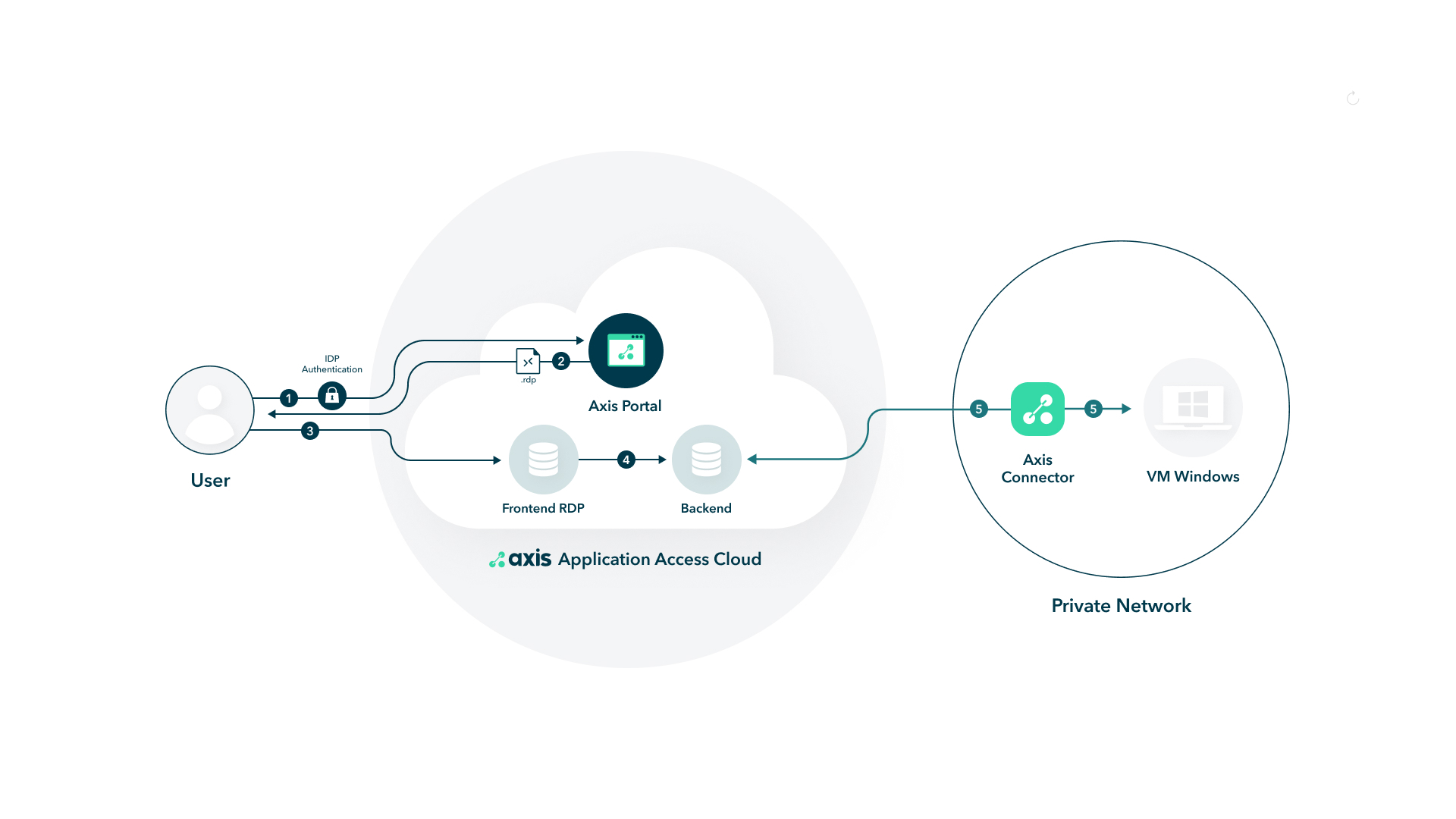 The following native RDP integration flow outlines the flow of events through the architecture diagram. It shows the different components in Axis Cloud architecture from the RDP, Axis Portal, and Axis Connector perspective, how they work, and how the Axis Cloud connects to them.

For native RDP, the Axis Cloud uses only port 3389.

With the native RDP client, the desktop, the user experience is much smoother and faster because it is running natively. It provides better resolution and smoother video playing.

In contrast to the native RDP client, the Web RDP client is useful for supporting different types of devices (phones, tables, laptops), operating systems, and only requires a browser. Web RDP is transported over HTTPS.

The Axis RDP launcher file contains RDP settings to communicate with the Axis Cloud RDP front end. These settings identify the user, tenant, and target that the user needs to meet to establish a connection with the right server using the right Axis Connector.

From the Axis User Portal, users can start an RDP session by one of the following: 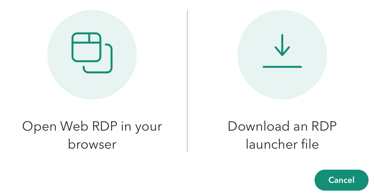 The Axis administrator can prompt users to enter their Windows credentials for the RDP session or pre-populate this information so that the users are not prompted for their credentials.